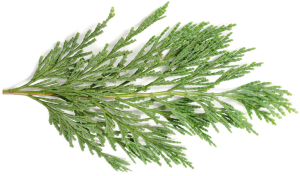 Mediterranean Cypress has been widely cultivated as an ornamental tree for millennia away from its native range, mainly throughout the whole Mediterranean region, and in other areas with similar hot, dry summers and mild, rainy winters. Natural forest stands of the species mainly occur in the western part of the Mediterranean region of Turkey.

It is also known for its very durable, scented wood, used most famously for the doors of St Peter’s Basilica in the Vatican City, Rome. The Mediterranean Cypress is also known as the “drama tree” because of its tendency to bend with even the slightest of breezes.

Cypress oil is known to mankind since ancient times and has been used in many useful ways. Aromatherapy has been another important usage of this essential oil which has been a common practice for a long time. It is also known for the cross on which Jesus was crucified was made from the wood of cypress tree.

The oil from the cypress tree has been known to be beneficial for diarrhea, energy, fever,   skin care, scar tissue, and wounds.