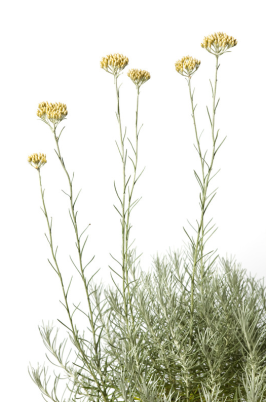 Did you you know Helichrysum is the oil of pain? It removes pain quickly with not much effort. It helps people with difficult life circumstances, such as trauma, addiction, loss or abuse. These souls need the spiritual strength that helichrysum offers. It can help teach an individual to be thankful for their trials and face their adversities with courage. Helichrysum brings hope to the most discouraged of souls.

Helichrysum is derived from the Greek word helios meaning sun and chrysos meaning gold? This is a reference to the golden color of many of the flowers from this botanical genus. Helichrysum has been used since the time of the ancient Greeks for its great wound healing ability, and was used often after battles.

The oil of Helichrysum has been found by European researchers to generate tissue. Helichrysum is best known for its restorative properties to the skin. It is used in anti-aging products for its rejuvenating benefits to the skin, liver, and nervous system, circulatory function, helps regulate cholesterol, reduces scarring and discoloration.

Helichrysum is highly valued and sought after for its many health benefits. It’s frequently consumed to help detoxify the body. Also referred to as Everlasting or Immortal Flower. It is anticoagulant, anticatarrhal, mucolytic, expectorant, and antispasmodic. It has been known to help in improving certain types of hearing loss.